Spirulina is a type of microalgae that holds many antiviral, antifungal, and antioxidant properties and has the perfect composition of minerals and vitamins to maintain chicken health. While it only amounts to about 0.5% of their total feeding, it covers the majority of their nutritional needs.

You can supplement your chicken feed with dry spirulina powder from the store, but if you have a bit of space and you’re up for a scientific adventure, growing spirulina at home or in your backyard will actually result in a much better, fresher product that is also easy and relatively cheap to produce.

Altogether, the nutrients found naturally in Spirulina help chicken to fight against the stresses generally linked with standard farming practices.

Studies Have Shown that Spirulina….

Main advantages of spirulina for chickens

The Commercial Benefits of Spirulina for chickens 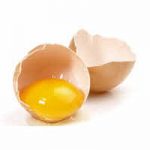 Spirulina’s effect on yolk color results from its high-level content of zeaxanthin, xanthophylls, and other carotenoid pigments, particularly β-carotene, which accumulates within the egg yolk. These same compounds have been found to also accumulate within the chicken’s muscle tissue.

Venkataraman et al. (1994) found that vitamin-mineral premixes and Antibiotic Growth promoters normally added to chicken feed rations can be omitted when Spirulina is included; this is due to increased functionality of macrophage in the gut microbiome and overall mononuclear phagocyte system indicative of enhanced disease resistance with increased spirulina supplementation. 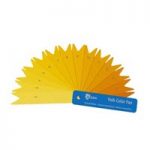 According to studies, the total cholesterol content of eggs can be lowered by including Spirulina in layer hen rations (Sujatha and Narahari 2011). This is mainly due to Spirulina’s high antioxidant and omega-3 polyunsaturated fatty acids (PUFA) content, which enriches the nutritional value of eggs at the expense of cholesterol content (Rajesha et al. 2011; Sujatha and Narahari 2011).

Ready to start growing spirulina for your chickens?

Here are some ways we can help